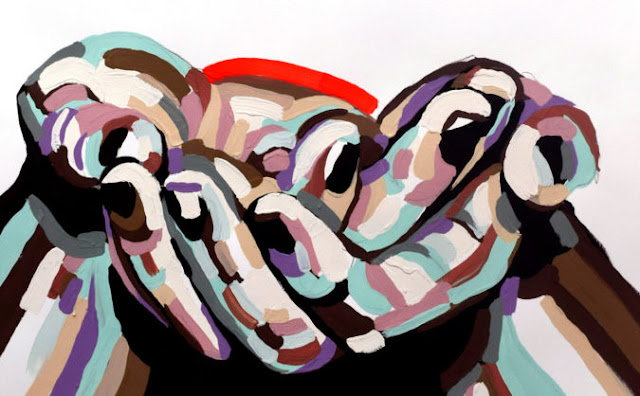 “I wanted Love Oakland to be really special. The community in Oakland welcomed me when I moved there and I wanted to give back. One of the first people I met when I moved to Oakland was Ara Jo; she passed in the fire. I was able to get a recording of her band HGS and get it onto the record. Being able to do that made me really happy. … Without the help of so many people there is no way this record would have happened.”
-Ed Taylor, Loose Grip Records owner

This project is the brainchild of Ed Taylor, who runs Loose Grip Records. All proceeds from this release go to The Oakland Family Fund, which was started in the wake of the Ghost Ship Fire to help artists maintain and keep their living spaces in the Oakland area. Much of the funds raised thus far have gone towards other artists’ spaces to upgrade smoke alarm and sprinkler systems, purchase fire extinguishers, upgrade electrical and plumbing issues to bring spaces up to code, and to pay for attorney fees in many eviction cases. This benefit is a mix of well-known artists such as King Khan, John Dwyer’s synth-heavy Damaged Bug, Tony Molina (of Dystrophy), Justin Pearson and Gabe Serbian of The Locust with Nick Zinner of The Yeah Yeah Yeahs (collaborating as Planet B), as well as Bay Area artists connected to the DIY scene like Nopes, Naked Lights, Scraper, and New Faultlines.

The Love Oakland LP was released July 2017 and can be purchased here. It was curated by Ed Taylor and mastered by Jonah Strauss at Survivor Studios in Oakland. Cover art and insert created by John Felix Arnold III, a well-known Oakland artist.