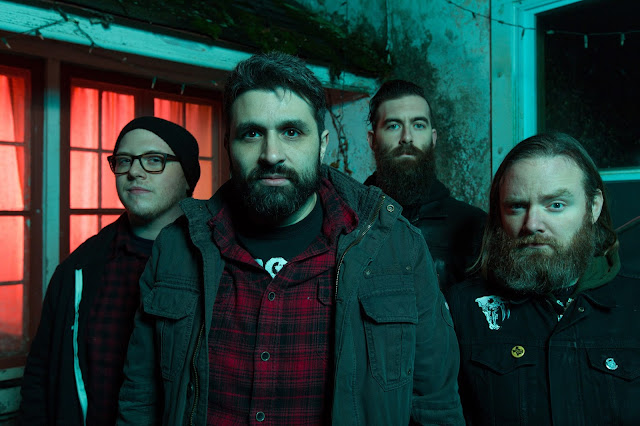 With new Dead Empires album, Designed to Disappear, out tomorrow, Decibel has launched a premiere of the full album.

Known as an instrumental band, Dead Empires deal in a heavy-rocking brand of metal that veers toward the exuberant. New album Designed to Disappear marks the debut of new vocalist and knob-twiddler Jason Sherman of prog-death freaks Torrential Downpour; Sherman adds a whole new layer of darkness and danger to the sound, via his wide range of voices and his palette of electronics/noise. The album is a must for fans of Mastodon's rock majesty as well as The Dillinger Escape Plan's radical gear-shifting.

Invisible Oranges' recent review of a track off the album, nails it: "The band treat noise not as set dressing or background filigree, but as its own instrument... The song moves from a sound indebted to skronky Northeast hardcore to a climax that shares melodic DNA with an Ariana Grande hit."

Founded in the Hudson Valley of New York in 2009, Dead Empires began with 2010's Monuments EP and followed it up with Waiting in Waves (2012) and Secret Snakes/Silent Serpent (2015). Bassist DJ Scully is a member of The Number Twelve Looks Like You and Black Table.

Showcasing the debut of new frontman Sherman, Designed to Disappear was recorded and mixed by Scot Moriarty at Backroom Studios in Rockaway, New Jersey, and mastered by Alan Douches (Mastodon, Every Time I Die).