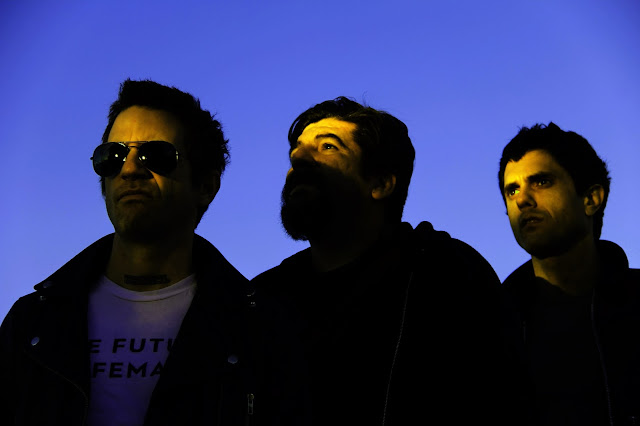 Check out the recent fiery collaboration between Planet B and Pabst Blue Ribbon, via Brooklyn Vegan, here:
http://www.brooklynvegan.com/the-locusts-justin-pearson-teams-with-pbr-for-new-planet-b-video/

San Diego-based project Planet B is Justin Pearson (The Locust, Head Wound City, Dead Cross, Retox), Gabe Serbian (The Locust, Head Wound City, Dead Cross, Zu), and Luke Henshaw (Sonido de la Frontera, First Power Crew).  The three have worked together in varying capacities over the years, but began working together more extensively for their contributions to the soundtrack of Asia Argento’s film, Incompresa, which starred Charlotte Gainsbourg. An amalgamation of the hip hop, noise, horror, and punk worlds that have shaped each of them (and that they’ve also each helped shape), the project is currently working on their debut LP, which is a follow up to their 7” single released by Three One G last year. The album will include collaborations with artists such as Martin Atkins (Ministry, PIL, etc.) and Brian Evans (Retox). Planet B is also currently working with Pabst Blue Ribbon to release a track (also a remix of a song featured in the film Incompresa) on a limited edition split 7" single. The split is a collaboration with The Invisible Scratch Pickles.

Email ThisBlogThis!Share to TwitterShare to FacebookShare to Pinterest
Labels: JP, PLANET B

GEOMETERS "Schematic" via The Noise 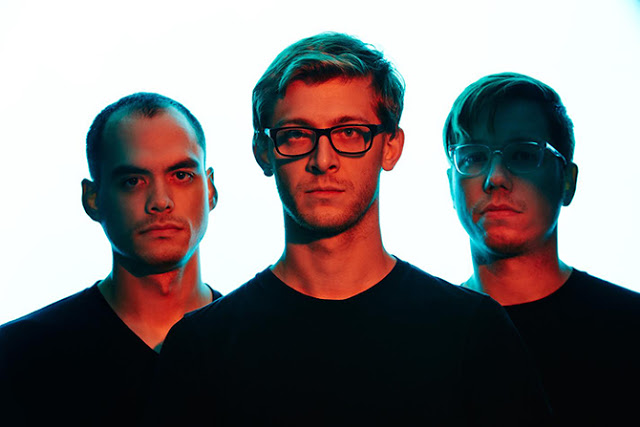 
“As we’re sure most of you are very well aware, working a dead-end job is one of the shittiest and most life-draining things anybody can experience. Be it a server, a parking attendant or a coffee barista, getting caught up in life’s hamster ball of working just to get by is something we definitely don’t recommend. Sharing this same notion is Brooklyn post-punk outfit Geometers with their gritty and hot-blooded single “Schematic” – which, we’re extremely excited to bring you the exclusive premiere of today.”
--The Noise

“Brooklyn punks Geometers are a fairly new, small band, but they’ve already hooked up with some punk legends… The song [“L’appel du Vide”] kinda reminds me of Title Fight, another new-school punk band who quickly won the approval of a legend.”
-- Brooklyn Vegan

Stream the track, “Schematic,” via The Noise, here:
http://bringthenoise.com/blog/learn-to-embrace-lifes-selfishness-and-zone-out

Brooklyn, NY’s Geometers is bassist/guitarist/vocalist Sam Wadsworth, drummer David Beale, and guitarist/vocalist Kyle Pollard. Formed in 2015 and living in a place like New York City- and particularly the rapidly populating area of Bushwick, it’s easy to get caught up in fitting in and keeping up with the current trends. Instead, this trio plays the music they must, looking  to defy and redefine the post-hardcore genre much in the same way their predecessors have— influences like Fugazi, Botch, Engine Down, Q and Not U, Thrice and Shiner. Like most of these bands, Geometers may be better described as layered, or more simply loud, but able to balance their power with finesse.

Geometers’ newest LP, Pay To Live, will be released on vinyl/cd/cassette/digitally through Jetsam-Flotsam and Codependent Records on December 2nd. In an effort to empower and protect others post-election, all of the proceeds from pre-orders and the first week of sales will be donated to Planned Parenthood. Preorder link here.

It was recorded and mixed by J. Robbins of Jawbox (who has also produced bands such as  The Dismemberment Plan, Against Me!, Murder By Death, Modern Life Is War, Braid, and Shiner, among many others) at the Magpie Cage in Baltimore, Maryland. Mastered by Dan Coutant at Sunroom Audio in NY. Album artwork created by John Cox and layout by Kyle Pollard.

With the digital release of Axis / Seraph the Light coming up on Friday, December 2nd, Good Fight Music presents a stream of the full EP.

Axis / Seraph the Light is a collaboration between Orlando, Florida's Axis and Memphis, Tennessee's Seraph the Light – the two bands teamed up earlier this year to write and record as one eight-man supergroup. Produced by Jon Nunez of Torche and mastered by Brad Boatright (Nails, Full of Hell), the collab sees the new unit pound out an almighty-heavy sound inspired by Neurosis, Isis, Cult of Luna, Chelsea Wolfe, and more.

With the EP available digitally on Friday, Axis and Seraph the Light will hit the road for a short US tour, performing the new songs together onstage. (A vinyl release of the EP will follow in January.)

Coming up in February, Axis (back to its original, leaner, meaner state, minus Seraph the Light) will join Good Fight labelmates Of Feather and Bone for a European tour.

Axis' latest release, Show Your Greed, was released on Good Fight in 2015. Of that album, Stereogum proclaimed: "If you think fondly of hateful Philly bands like Starkweather and Turmoil; if you were down with Converge and Coalesce back when they played mathy chugga-chugga-stop breakdowns; if you wish Botch, Burnt By The Sun, and Kiss It Goodbye had released more music: congratulations! You have the chutzpah to appreciate the good kind of metalcore... Axis pretty much stick to the established template for this kinda thing on Show Your Greed, but they are so goddamn good at it..." 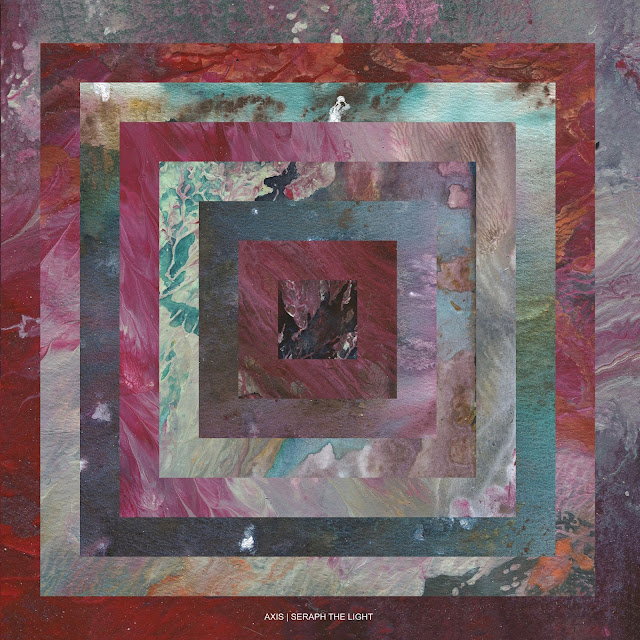 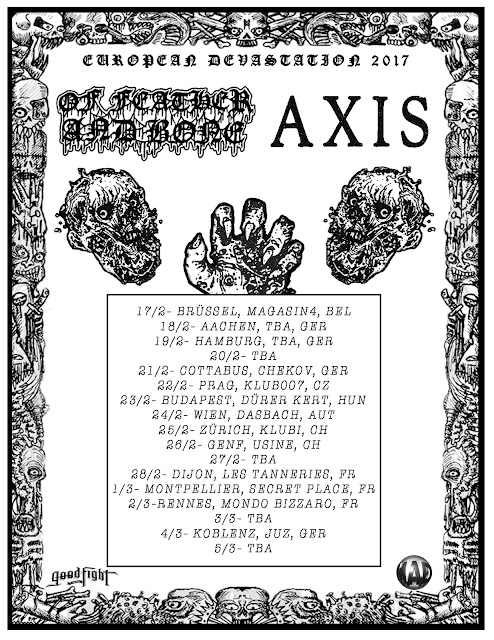 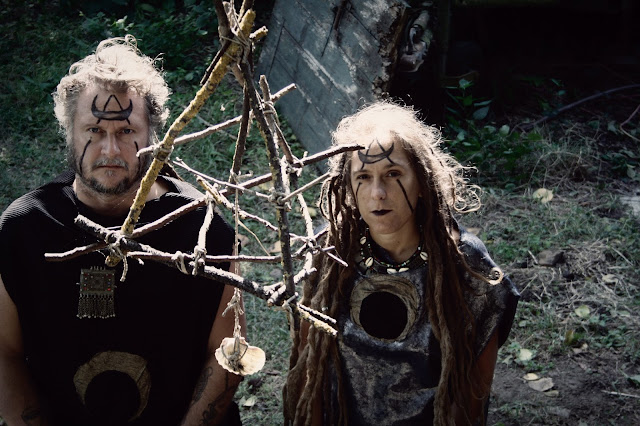 "Dirgy ocean of pulsating noise... It's time to get your freak on."
–Cvlt Nation

Counting Swans and Diamanda Galas as their biggest influences, Pedretti and co-conspirator Bruno Dorella have spent the past 16 years releasing albums on labels like Load Records (Lightning Bolt, Prurient), and performing across the globe with the likes of Godflesh and Thrones for a total of almost 1,000 shows to date.

Out next Friday, December 9th, on Dio Drone Records, Creatura is OvO's ninth full-length album. It was recorded by Lorenzo Stecconi (Zu, Ufomammut) at a theater company's warehouse in Ravenna, Italy, mixed by Giulio Favero, and mastered by Giovanni Versari (Muse).

Photo by Francesca Morello
at 3:41 PM No comments: 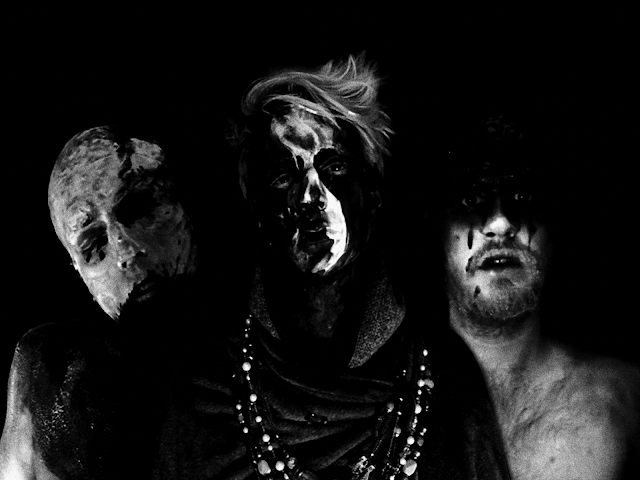 “Good goddamn is HÄXAN some dark, disquieting, creepy, heavy, seriously avant garde, Hellraiser-esque torment-is-delight nastiness! Composed to serve as a soundtrack for Benjamin Christensen’s 1922 witchcraft n' Satan heavy silent film of the same title, the latest from EORÐESLAJYR -- that's "earth slayer," if you dare call their name -- has got a Scorn by way of Swans by way of circa Too Dark Park Skinny Puppy vibe and its textures and left turns will fuck with your head.”
--Decibel Magazine

Read an interview with the band about the inspiration behind the music for their album, HÄXAN, via Decibel Magazine, here:
http://decibelmagazine.com/blog/2016/11/23/eoreslajyr-let-loose-the-witches-on-homage-to-1922-silent-film-hxan

The album was mastered by Colin Marston (of Krallice, Gorguts, Behold the Arctopus, Dysrhythmia) in Menegroth, The Thousand Caves NYC. He has recorded and mixed for Liturgy, Kayo Dot, and Castevet, among many others.
at 11:43 AM No comments: 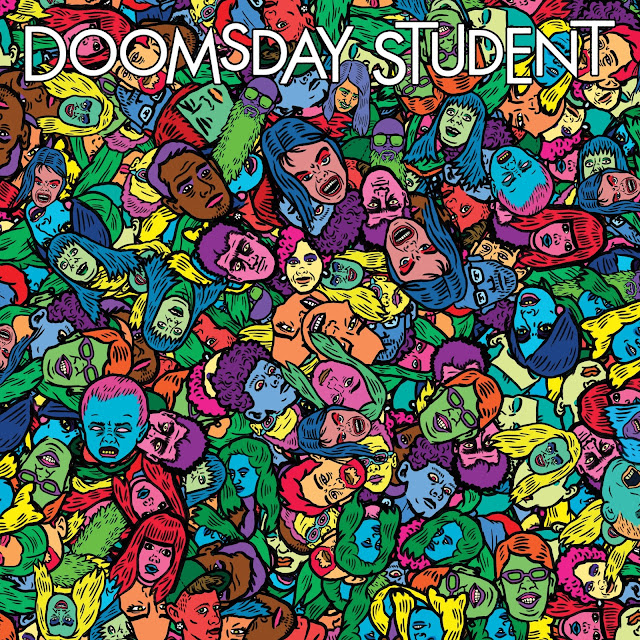 Doomsday Student announces the December 2nd release of their LP: A Self-Help Tragedy.

“The demented lyrics, erratic guitar spasms, and pulverizing drumming you’d have every right to expect are all there exactly where they belong. Enjoy.”
--Dangerous Minds

“With the impending arrival of the band's third album, A Self-Help Tragedy, later this year, Doomsday Student are set to host their most debauched bacchanal yet. ‘LSD Mom’ is but one of the eight tales of depravity detailed on the record, but it screams volumes about the murky-sounding hysterics that give A Self-Help Tragedy its edge.’
--Clrvynt

Stream the album in its entirety, via Dangeous Minds, here:
http://dangerousminds.net/comments/stream_the_scary_demented_new_album_by_doomsday_student_with_ex_members_of_

Doomsday Student’s newest LP, A Self-Help Tragedy, will be released by Three One G Records on vinyl/digitally and through Skin Graft Records in CD format on December 2nd.

It was recorded at Radar Studios by Daryl Rabidoux and mastered by Golden Mastering in April-August of 2016.

Doomsday Student’s third album presents like an exorcism, or perhaps a nervous breakdown. As is the band’s specialty, it’s full of anxiety-inducing guitar wails, curiously plucked patterns and rhythms, and lyrics that read as personal anecdotes and/or confessions. Listening to tracks such as “Fight and Flight” is like being let in on vague, dirty secrets, decidedly taciturn even in their often blunt forthrightness: “We are as poisonous as our blood… We are as polluted as our breath.” Doomsday Student’s ability to be both aggressive and casual in its depravity lends itself to an album that comes across as playfully worrisome in sound, as affably ominous as its title. 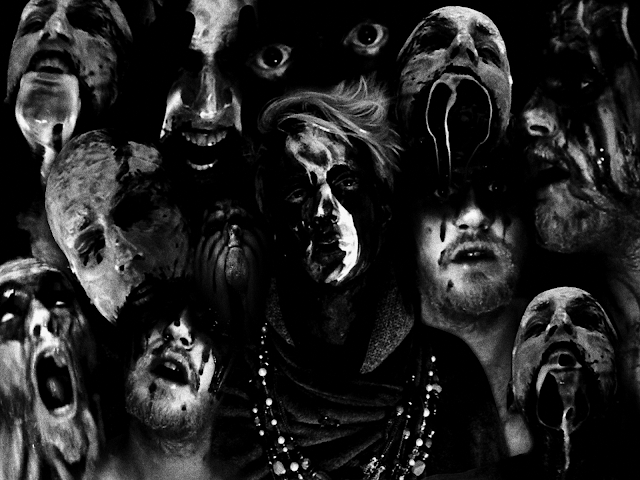 HÄXAN the album is now available for streaming in its entirety, via Cvlt Nation, here:
http://www.cvltnation.com/premiere-streaming-eordeslajyr-haxan/

The album was mastered by Colin Marston (of Krallice, Gorguts, Behold the Arctopus, Dysrhythmia) in Menegroth, The Thousand Caves NYC. He has recorded and mixed for Liturgy, Kayo Dot, and Castevet, among many others.
at 11:21 AM No comments: