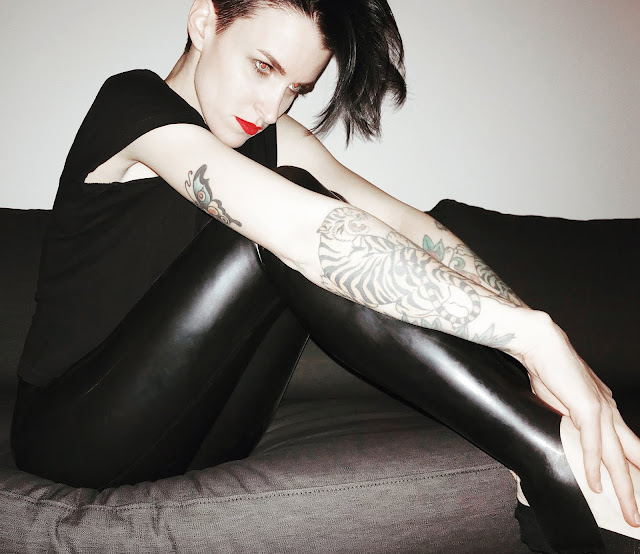 I’ve been researching the stark, urban aesthetics depicted in the work of JG Ballard for an upcoming music video that I am directing for ACTORS' latest single, ’Slaves’. A few days ago, I stumbled across this fantastic, new-to-me, BBC documentary ‘Synth Britannia’ which discusses the influence and impact that JG Ballard’s writings have had on several British post-punk artists who were also exploring the use of synthesizers in their music. Featuring The Normal, Gary Numan, Depeche Mode and more.

Before I was alive to see it, David Bowie’s Isolar / White Light Tour (in support of Station to Station) kicked off in my hometown, Vancouver in 1976. I never had the opportunity to see my hero perform, but I especially love the style and swagger of the Thin White Duke era captured here. It’s a delight when David breaks character to smirk and laugh with his band as they run the set. The vocal performance in Word On A Wing sends shivers down my arms.

I got to know California’s Fearing when our band ACTORS played a show with them in Vancouver this year. They just released an EP called ‘Black Sand’ on Funeral Party Records and I’ve had it on repeat all week. It’s lighting up all my wheelhouses; mean post punk grooves, darkwave hooks, and hazy shoegaze atmosphere. If you’re into The Chameleons or the Pornography era from The Cure, this EP was made for you. 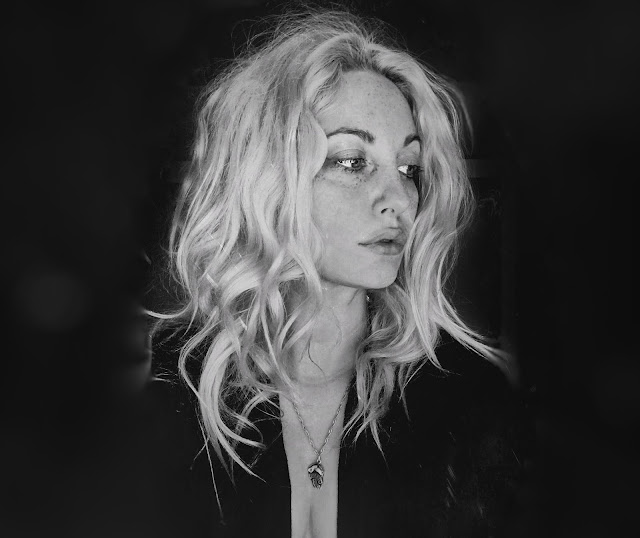 
I'd been waiting for this to come out for a long time. PT Anderson is brilliant. Jonny Greenwood creates amazing scores. There Will Be Blood is one of my all-time favorites. So, although I saw the movie the first night it was showing in San Diego, I'm still thinking about it now. It's grown on me the more I thought about it. As always with PT, and particularly with his more recent films, I feel like I'll need to re-watch this one numerous times to appreciate the nuances of it. But for now, I'll just leave it at saying that I found it haunting and awkward and weird and clever, and the female lead, Vicky Krieps, is such a great actress alongside Daniel Day-Lewis.

Speaking of Andersons whom I love, Wes Anderson is another favorite director of mine (I know; aside from the last name, the two are like night and day). I am so psyched for Isle of Dogs. But, the purpose of this post is to draw attention to my obsession with this phenomenon called "Accidental Wes Anderson," in which people document locations around the world they find that look like they could be the set of one of his films. The photos are all far different than my personal style of photography- they're all symmetrical and cute and pastel colored- but I still find it very aesthetically pleasing. The Instagram account for it is cool as well, because it shares historical information about all the locations of the posted photos, so that I can add them to my list of places to visit.
https://www.instagram.com/accidentallywesanderson 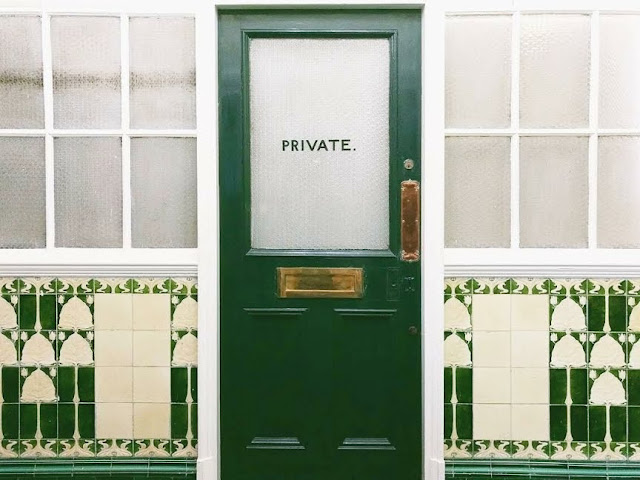 On my most recent trip to New Jersey (where I lived all my life before moving to San Diego), I was cruising around the state with some friends, looking for stuff to explore. We ended up stopping at Paterson Great Falls, a common location for photographers due to the massive waterfall that is smack-dab in the middle of the city. It's a pretty rad sight. But for the first time, I noticed that there was an abandoned stadium right behind the park. It's totally sketchy looking: falling apart, filled with trash and graffiti, and maybe not the safest spot to be wandering through... which is the sort of stuff I love to photograph. The entire stadium was open to walk through, including under the bleachers, locker rooms, etc. Upon some research, we came to find out that it used to be a major stadium for "Negro league baseball" during the Jim Crow era. It was created in 1932, during the beginning of the Great Depression. It was the home of the "New York Black Yankees" until 1945. Let that one set in. Apparently, it's going to be restored by the end of 2018, so that (I assume) people can go back to enjoying jock stuff at it. Anyway, the whole experience of being there and reading about its history blew my mind, and it made me a little uncertain of how to feel about it emotionally. I guess overall, I hope it can serve as both a source of African American pride for the talented, resilient athletes who played there, as well as a reminder of the shame of this country and its segregation and racism, both in the past and still in the present. 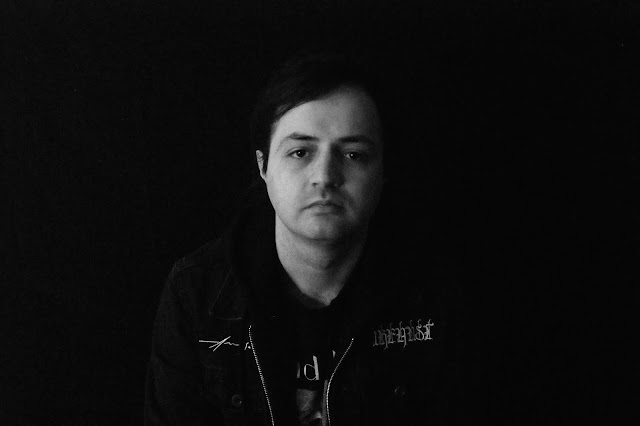 
there’s been a lot of crime shows in recent years, american crime story, mindhunter, manhunt: unabomber, etc., all quite good, and based on actual events, so that made me want to watch more tv on the same line so i started watching docs about crime on netflix. making a murderer, one about a nun murdered in the 60s, another one about people convicted under false confessions, etc. even american vandal which is a parody of these shows. growing up i would watch e! true hollywood story, america’s most wanted, unsolved mysteries, the first 48, etc. so it’s dark and morbid but there’s also a bit of nostalgia watching stuff like this.


i always liked the first god of war on playstation 2 but i never played the rest of the games. with a new game coming out soon i thought it was finally time to play them, so i played the original 4 games on ps3 during christmas break and i loved it. i like greek mythology, puzzle, and action videogames, and this series has it all. good times.


i’ve liked comic books for as long as i can remember so this time i’m just going to mention recent reads and purchases: megg, mogg & owl; patience (best one i’ve read in years); saucer state; paper girls; glitterbomb; supergod; goodnight punpun; preacher; invincible; the x’ed out trilogy; and the walking dead (which everyone should be reading instead of watching that awful, awful show). 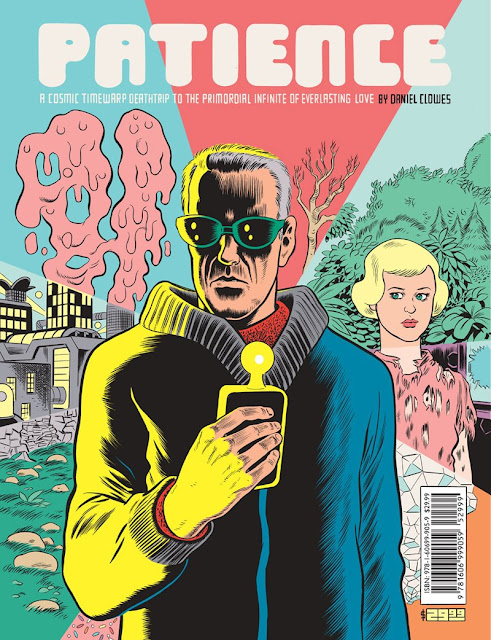 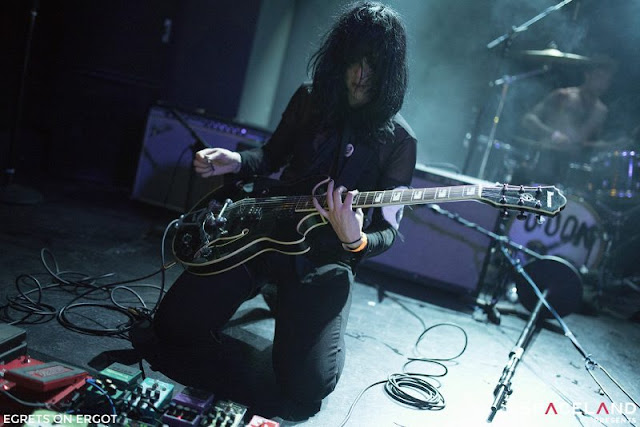 
A collection of writing by Chris D. of the Flesh Eaters. Along with a preface by Byron Coley, foreword by John Doe, and afterword by Lydia Lunch. After seeing the Flesh Eaters performance at the Echoplex a short while back I saw that Chirs D. put out this book for the first time. I have always wanted to dive deeper into the intelligent, horrific, and curious mind of Chris D. I was seduced by this book and heavily inspired by his style of songwriting and poetry. A unique mixture of Edgar Allan Poe and Baudelaire with his own personal touch of early LA punk scene filth. Also comes with great film recommendations. The Flesh Eaters were around in the same LA punk scene as The Deadbeats band I play in and have also been an influence of my band Egrets On Ergot. 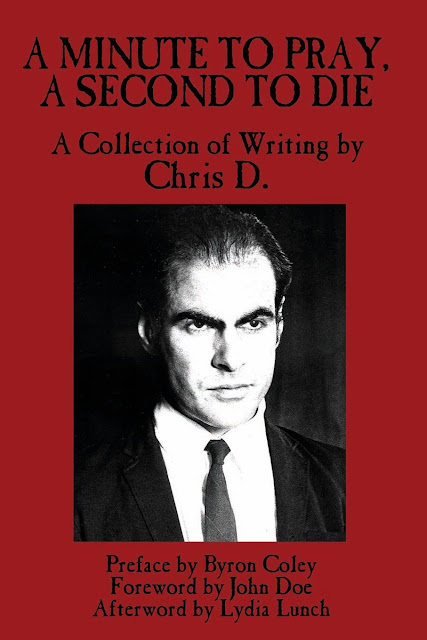 2) The Story of Crass, by George Berger

I have also been reading THE STORY OF CRASS, by George Berger recently. In the mix of everything going on with #metoo and other politics I was inspired to write a feminist viewpoint spoken word piece with a new track Egrets has written. Usually I play guitar but for this I put the guitar down and with a roll of paper go off on my Crass, Penis Envy, "Bata Motel"-inspired story/poem about a family having a baby girl, named Daisy, who they brain wash from the day she is born into being what "society's image"  of a girl should be. A pretty-looking caretaker, sex, and baby making machine.


This LA organization has been invited and present at all the past Egrets On Ergot shows since December. Everyone we have met has been very nice and helpful in getting involved in a political form we support. Its been a great opportunity to have them at shows in the LA music scene.
https://refusefascism.org/

Email ThisBlogThis!Share to TwitterShare to FacebookShare to Pinterest
Labels: CHAINLINKS