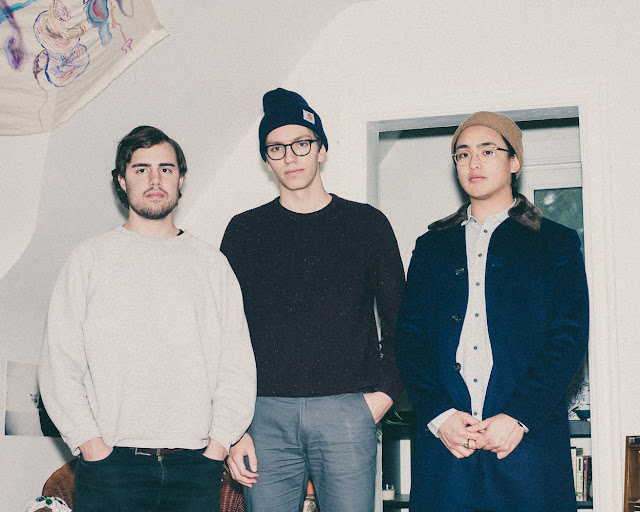 "The band plays accelerated post-hardcore that leaves room to get a little weird, calling to mind greats like Drive Like Jehu and Jawbox." - Clrvynt

Lychi, A trio residing in Ontario and Quebec Canada, are set to release their debut Self-Titled cassette via Alternatives Label.

Recorded, Mixed, and Mastered by Matt Rideout at Holy Moly in Toronto, the effort sees a heavy influence from the likes of Built to Spill, Sebadoh, Silkworm, and Modest Mouse.

The band originally started under the name No Hands, consisting of current members Mathew Morand, guitar and vocals, and Roye Truong, bass and vocals. With that band they released a full length and a number of EPs all while touring North America consistently. It wasn’t until the beginning of Lychi where drummer Robert Johnson teamed up with Morand and Truong following up his time spent playing in Toronto based band Shahman. Once the line up was finalized, they began to work on what would become the first Lychi release, a self titled cassette tape.

Looking to avoid the limitations of heavy music, Lychi turned to 90’s alt-rock bands such as Built to Spill and Sebadoh as their main inspiration. Despite their time apart spent living in different cities, the EP was written through sharing home demos and then finalizing in a practice space before the session. Lyrically, a lot of it is written in the studio where the band describes this as “something that is pure creativity within the spur of a moment, something that is inevitably surprising”.

Lychi’s Self Titled will be available via Alternatives Label on February 10th, 2017.