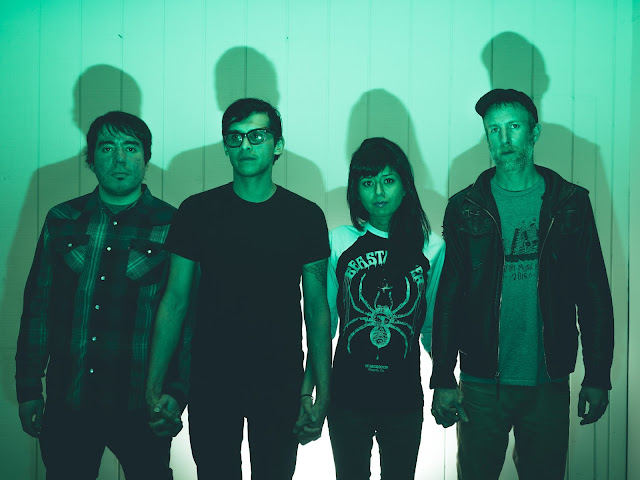 "...a fusion/alt-rock sound that is both sophisticated and spontaneous... psychedelic in its colors and abstract imagery, yet more elegant in storytelling."
–Impose

“They may be called Light Thieves, but the real thing this California quartet is gonna steal is your attention. Their sophomore effort Future Colors can easily be described as a painting of a car crash — maintaining the intricacy of a work of art, while smashing influences together in a such a captivating way that you simply can't turn away.”
–Exclaim!

“...An expanding cosmos that unfolds one layer at a time; celestial riffs and soaring vocals ripple throughout the composition… blossoms with reverb-drenched melodies as it coasts on a buoyant groove.”
–Culture Creature

“Whether you’ve tried LSD or not, there’s no denying you can point out a pretty good song to trip out to as soon as you hear it… an audible kaleidoscope right from the get-go fusing sounds from the likes of Minus The Bear and Young the Giant.”
–The Noise

Light Thieves are premiering their video for "Stay Present," a new track off of their upcoming LP described by Impose as "sophisticated and spontaneous" with a video that makes the viewer question, "Is it all a dream, or is it reality?" Watch it, here: http://www.imposemagazine.com/tv/light-thieves-stay-present

Light Thieves’ newest LP, Future Colors, will be available digitally and on clear vinyl in a limited release of 200 on March 10th. Cover art by Robert Amador. Preorder here.