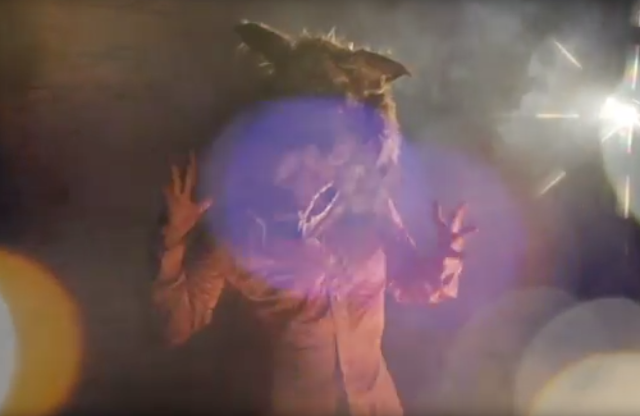 The video is directed by Ego Sensation, bassist of White Hills.


Bisi – a New York City legend who since the late 1970s has lived and worked out of BC Studio in Brooklyn, recording music by Brian Eno, Bill Laswell, John Zorn, Herbie Hancock, Afrika Bambaataa, Sonic Youth, Swans, Helmet, Boredoms, Unsane, The Dresden Dolls, and many more – is also a solo artist, creating albums of his own over the past three decades. "Sin-Love-Hate" appears on his latest full-length, 2014's Ex Nihilo.

Of the new video, Bisi says, "The song has the theme from Ex Nihilo – that I'm part of a herd of animals, and me, my friends, and the city as a whole act it... Ego wanted me prowling around New York City at night, with the constant herd of cars, and morphing in and out of being a wolf as I perform with a cat-monkey brass band..."

Bisi draws inspiration from across the musical map – references on Ex Nihilo include Brian Eno, The Velvet Underground, opera, and New Orleans. Bisi's dense production method, combined with the unique acoustics of his studio, results in a cryptic and thrilling sound.

Bisi was immortalized in the 2014 documentary, Sound and Chaos: The Story of BC Studio, chronicling his life and 35-year career as a pillar of underground music in New York City and beyond.


"Bisi... the man who contributed to the sound of early hip-hop, avant-garde, and indie rock, might soon finally get recognition... Considering how diverse BC Studio's output has been over the years, there's still something recognizable about the music that Bisi lays his hands on... A certain rawness."
–Newsweek