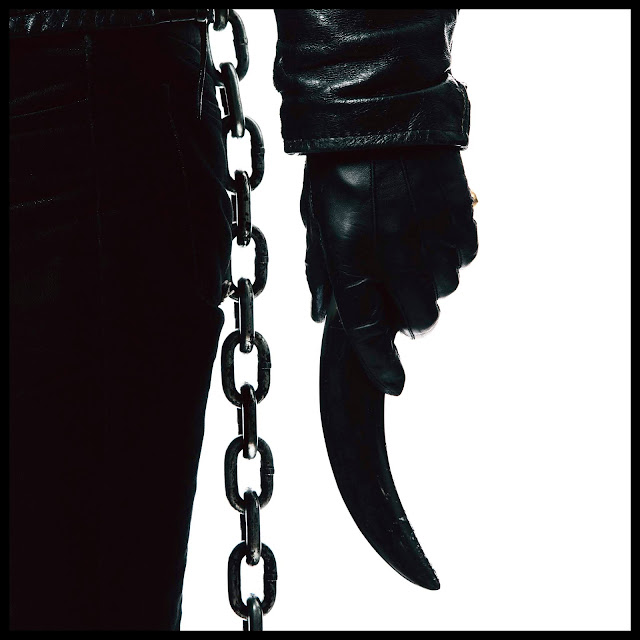 The self-titled, debut album by Nastie Band is out today on Sleeping Giant Glossolalia.

“Mind-melting destruction delivered at a lumbering, sinister pace... An incorporeal call to revelry."–Revolver"A sound and image that will remind listeners of the wicked, daughter-tempting, devil-worshipping schlock bands of classic ’80s movies. The bands revels in chains, leather, and snarling heavy rock that pulls from all corners of metal, goth, and noise, with a hard polish of NYC degeneracy."–Kerrang!"Seven gut-rattling songs powered by heavily distorted bass, distant, squealing guitars, and the haunting vocals of Frank Haines and Chris Kachulis, all punctuated by Roddy Bottum's ethereal synthesizer textures."–AllMusic


"Nastie Band certainly live up to their Art-Doom epithet by easily managing to be both, usually at the same time. Ever-changing and constantly interesting."
–Echoes and Dust

"A soundtrack to B-movie rituals, slashings, reefer madness, and every other form of horror debauchery you can conjure... Doom-driven riffs, eerie soundscapes, and beautiful vocals reminiscent of Celtic Frost, and it’s absolutely gnarly in the true spirit of the ’80s."
–MetalSucks

"Positively evil."
–BrooklynVegan
at 9:35 AM