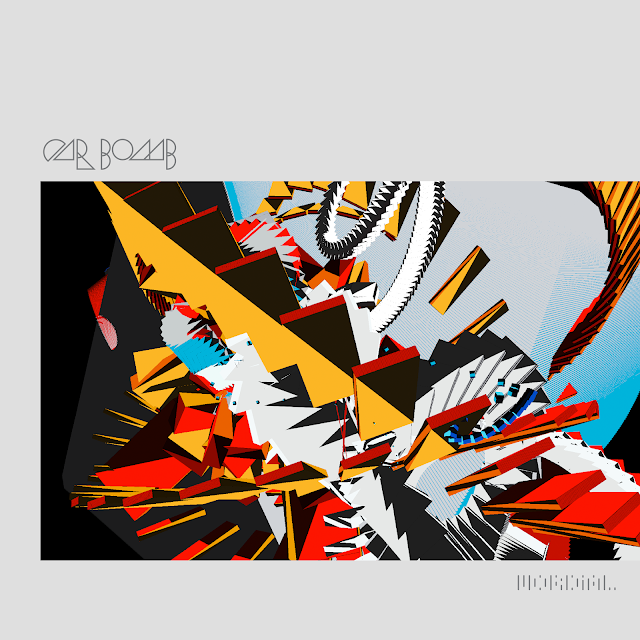 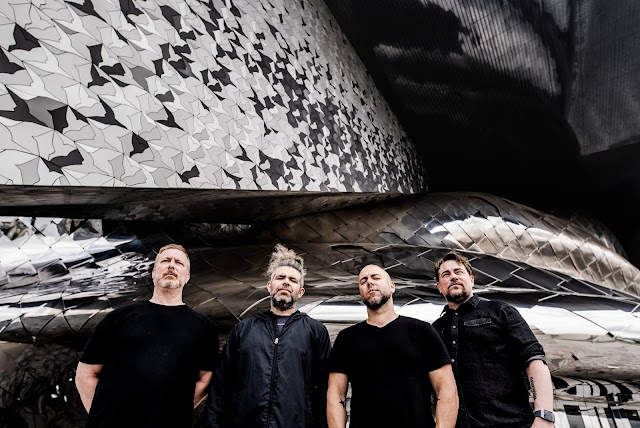 Stream "Scattered Sprites," here:
https://www.youtube.com/watch?v=DcqTepxV_Lo
Mordial will be released September 27th – self-released by the band in North America, and via Holy Roar Records in the UK and Europe.

Pre-order the album, here:
http://carbomb.bandcamp.com/album/mordial
http://www.holyroarrecords.com/products/search?q=car+bomb
Based in and around New York City, Car Bomb has made its name over the past two decades as master craftsmen of metal that is as heavy as it is progressive. Stereogum described the quartet's third album (2016's Meta) as "a rhythmically abstruse variety of extreme metal... hallucinatory time-stretching noises... unpredictable detours into melodic territory." Guitar World stated, "the eclectic album bursts with complex arrangements, brutal, off-kilter riffs, and deep grooves." Kerrang! reviewed a live performance with these words: "Their psychotic turbo-thrash is disgustingly disorientating... one relentless onslaught of time-chopping violence."

"On our last record, Meta, one of the biggest surprises was 'Gratitude.' That was one of our favorite songs on the album, but we were hesitant to release it since it leans on a lot of our non-heavy influences. After seeing fans react so positively to it we felt like we could explore more of that vibe on Mordial. But then we thought, 'wait, what other sounds can we explore that we’ve always wanted to try?' With this particular record it really feels like the gloves came off, and that we were free to experiment with whatever we wanted to.”

Mordial was recorded by the band in Brooklyn at Silver Cord Studio (Gojira), and mixed by Nolly Getgood (Periphery, Animals As Leaders). Stay tuned for more details.

Having completed a European tour with Animals As Leaders in June, the band returns to Europe this month to play festivals and headline dates. Just added, the band will headline Euroblast Festival in Cologne, Germany, on September 29th, and the appearance will serve as the official record release show for Mordial.