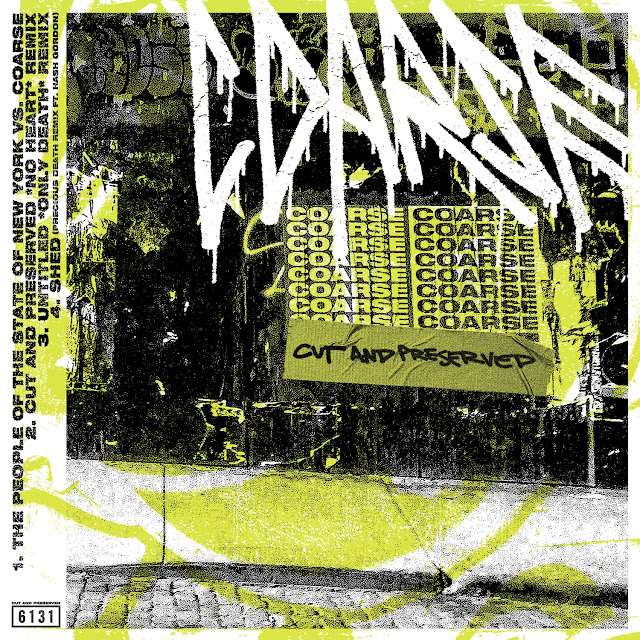 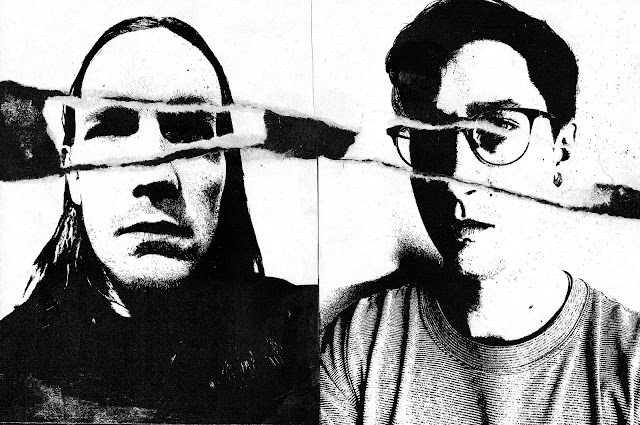 6131 Records announces the August 23rd release of Cut and Preserved, the new remix EP by Coarse.Stream first single "The People of the State of New York vs. Coarse," here:

"If Coarse sound like two major U.S. cities on opposing coasts ripping one another to shreds – well, that’s because, in a way, they are. The bicoastal duo – guitarist/vocalist Ryan Knowles of Portland, Oregon, and drummer/vocalist Brandon Gallagher of New York City – have stuffed every East and West Coast influence they’ve ever known into a turbo-speed blender and cranked that puppy on high, for a sound that fuses American sludge metal, grind, and mathcore into one filthy, furious package. The band’s upcoming new EP, Cut and Preserved – a precursor to a full-length the band has planned for next year on 6131 Records – adds a heavy industrial influence to the mix, as if Coalesce and Author & Punisher fell into a vat of mutating slime, and were disposed of in the sewers of Manhattan to rot for a decade or more."
–Kerrang!

Coarse is the bicoastal duo of guitarist/vocalist Ryan Knowles and drummer/vocalist Brandon Gallagher. A project spawned from run-ins during extensive touring schedules, Knowles and Gallagher joined forces to create something entirely new and separate from past endeavors. Described as "feral rock," Coarse is a band exhibiting its individualism on full display.Coarse stormed out of the gate in 2018 with a fully formed sound and vision. Intense debut EP "I" was written and recorded in four different cities across the US. A juxtaposition of sass and grit, the sound was built on caustic guitars, blown-out drums, and Knowles and Gallagher's dual vocals – a call-and-response of riotous taunts and booming lows. Revolver Magazine nailed it with this description: “Rough and tumble, violent and furious, owing a debt to noisy, acrobatic hardcore heroes such as Botch while breaking into furious Crossed Out–style blasting hatred.”Completing the package was bold, black-and-white, collage-style artwork, created by Gallagher to evoke the harshness of city life. A zine titled Fur was released alongside the EP as an extension of the artwork. The music video for "Hoax," shot/directed by Gallagher and colored/edited by Samuel Gursky, took the aesthetic to nauseating depths – a VHS-style nightmare of urban decay and sickness. Like Black Flag or Crass before them, Coarse's graphics are inextricably married to its music, with the two sides adding up to the whole.Now signed to 6131 Records, Coarse shifts into a new chapter. The duo has just completed its first round of shows touring in Japan, and an exclusive appearance at Groezrock Festival in Belgium. While the band continues to work on its full-length debut, the upcoming, chopped-and-screwed Cut and Preserved EP is a stunning detour into the electronic realm that was only lurking in the shadows on the EP. Ominous, hypnotic industrial-metal of the Godflesh variety brushes up against noise and hip-hop elements, as musical fragments from the "I" EP get totally reanimated in this new context. The 4-song release, comprising one entirely new track and three remixes, features guest parts from members of The Armed, Street Sects, Precious Death, and Hash Gordon. Some tracks were recorded in Brooklyn, NY in Gallagher’s apartment, others were recorded with Adam Cichocki in Bayonne, NJ at Timber Studios. The whole effort was mixed and mastered by Adam Cichocki at Timber Studios.

Cut and Preserved tracklist:
1) The People of the State of New York vs. Coarse
2) Cut and Preserved (feat. someone from The Armed)
3) Untitled (feat. Leo Ashline of Street Sects)
4) Shed (Precious Death remix feat. Hash Gordon)