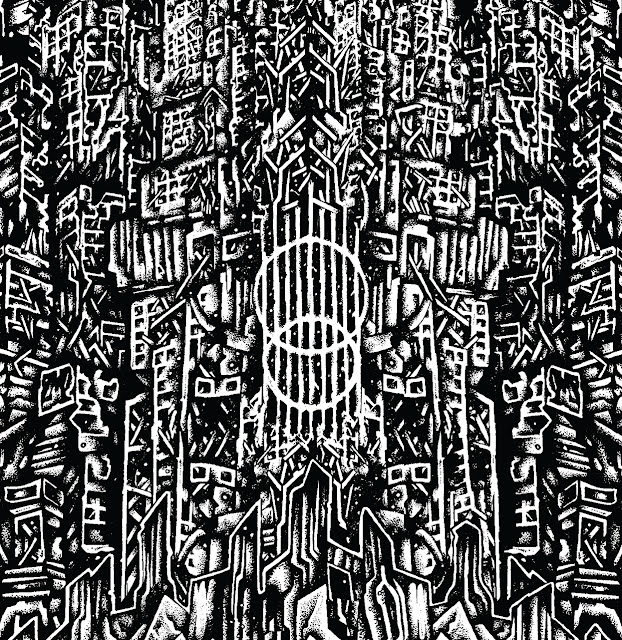 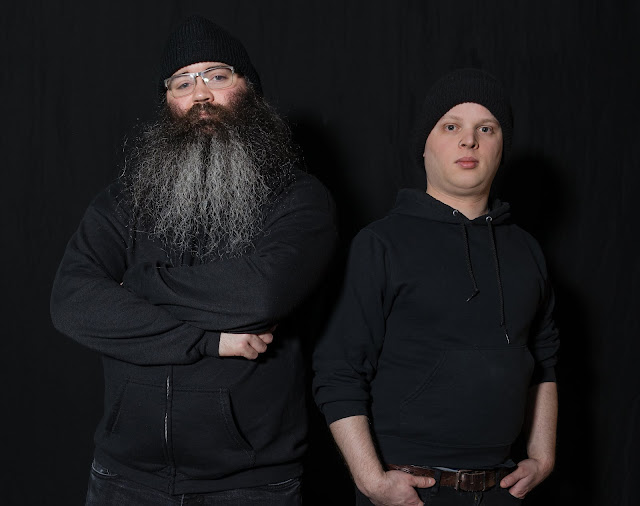 Seattle duo Pound returns with its sophomore album, ••, to be released May 31st in vinyl and digital formats on Silent Pendulum Records.

Titled simply with two dots, Pound's upcoming second album is a tour-de-force that makes entirely new magic out of the formulas put forth on 2018's self-titled debut. Pound's debut wowed with its exuberant mix of chaos and groove, but on •• the songs power forward with new, unshakable strength and efficiency.

Pound consists of guitarist Ryan Schutte and drummer David Stickney. In Schutte's words, the pair are driven by "the same mission as always – to get better at our instruments and push ourselves as musicians." New album •• is a stunning document of that mission in action.

The new video serves as a perfect introduction: what begins like a dirge from the bottom of the ocean, erupts into blast-rich chaos, then resolves in a deliciously driving groove. Overwhelming in its twists and turns, it thrills and hypnotizes.

Pound's gear is as unique as its sound: Schutte plays a baritone 9-string guitar and Stickney plays two drumkits, positioned at a 90-degree angle. In the absence of other instruments, the listener can fully absorb every detail of the duo's playing. Both musicians play as though their instruments are literally their voices.

From hyper-caffeinated odd-time riffing, to horrifically heavy grooves that lurch and boom like actual earthquakes, Schutte milks so much color out of his instrument, his guitar is a storyteller and vocals are never missed. Stickney blasts with the wild attack of Gabe Serbian, but pounds away grooves with Tomas Haake-level authority. When Stickney swivels around and switches from his main kit to his lower-tuned drumkit in the middle of a song, it is nothing short of a revelatory moment.

Continuing the titling format begun on their debut, song titles are each a series of symbols which map out a rhythm in the song.

Pound will embark on a US tour in May. 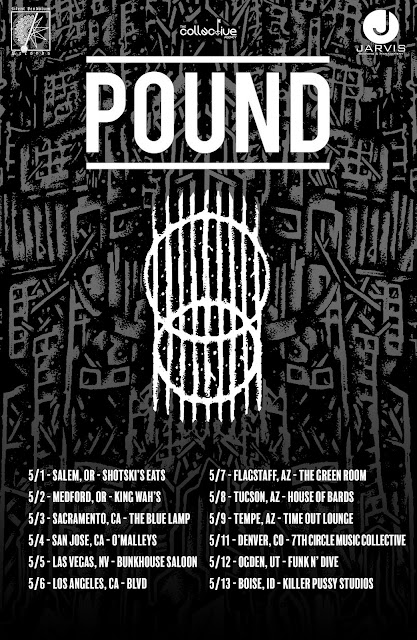