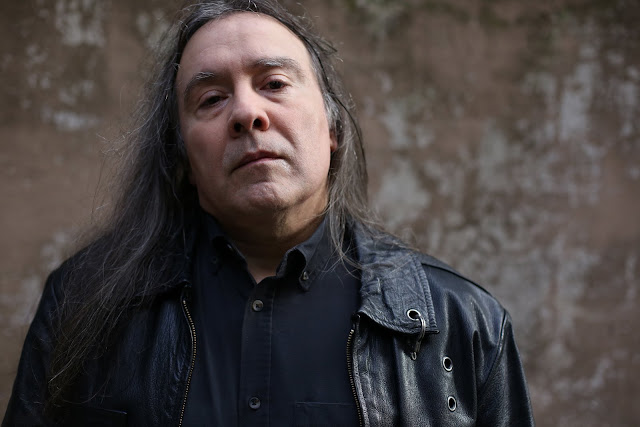 The BC35 album, a sprawling collaboration of various artists from within New York's avant-rock scene, celebrates the 35th anniversary of Martin Bisi's BC Studio – in addition to Nowhere Near's track, the album includes improvs and new compositions by current and former members of Swans, White Hills, Foetus, Cop Shoot Cop, Live Skull, Violent Femmes, and more.

A cassette version of BC35 comes out this Friday, July 27th, via Brooklyn label Sleeping Giant Glossolalia. Pre-order here:
https://sleepinggiantglossolalia.bandcamp.com/album/bc-35-the-35-year-anniversary-of-bc-studio

The album is out now, vinyl and digital, on Bronson Recordings:
https://bc35anniversary.bandcamp.com/album/bc35-the-35-year-anniversary-of-bc-studio

"The credits read like a who’s who of New York’s experimental underground: members of Swans, Sonic Youth, Pop. 1280, Parlor Walls, Live Skull, Cop Shoot Cop, Foetus, and many, many more... It’s a sonic embodiment of risk-taking, rule-breaking, and antithesis that celebrates the endurance of a man and a space tied directly to New York’s noise, art-rock, punk, free jazz, hip-hop, and alternative movements... Across 13 tracks, Bisi demonstrates—as a producer, engineer, and general facilitator of the avant-garde—what’s made his name familiar to liner-notes obsessives and New York noise nerds for three and a half decades. Showcasing the opaque, roaring, visceral sound he’s come to epitomize, BC35 acts as a totem to his enduring role in NYC’s rock mythos..."
–Pitchfork

"Thirty-five years ago, in an old factory space in Gowanus, Brooklyn, the producer and musician Martin Bisi established BC Studio, where he’s has been at the controls for underground classics such as Sonic Youth’s “Bad Moon Rising”and the Dresden Dolls’ self-titled debut. Fittingly, Mr. Bisi is honoring this anniversary with a righteous racket: first by releasing a compilation with bands he has produced, as well as some he put together and one that was resurrected for the occasion, and then by celebrating that album with those groups at clubs in Brooklyn, Boston and Philadelphia...The evening promises to be ear-splittingly glorious."

–The New York Times
"The New York noise scene that emerged with and after No-Wave can feel like the story of Sonic Youth and its near-orbit, due to that band’s massive influence. But Downtown artnoise can as easily be understood by viewing Martin Bisi as a nexus... In early 2016, his Gowanus, Brooklyn studio, sort-of eponymously named 'BC,' had been in operation for 35 years, and to commemorate the milestone, a weekend-long series of performances took place in the facility..."
–Dangerous Minds