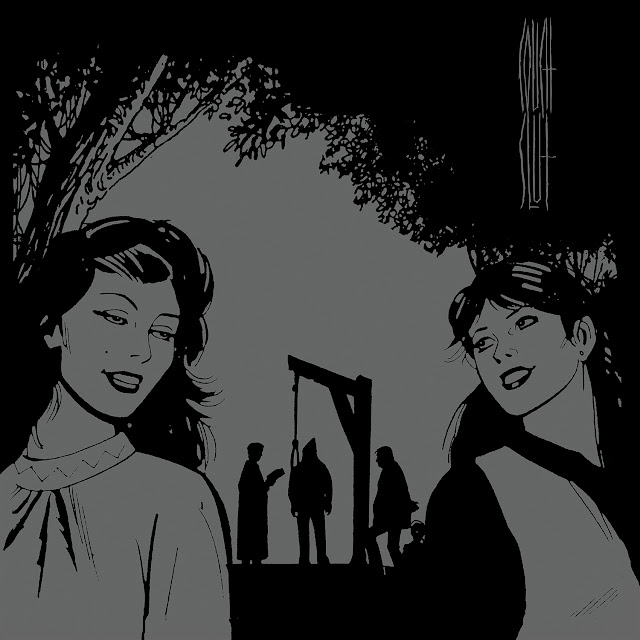 Unsane's pounding hate-rock, Darkthrone's mournful metal, and Sonic Youth's bittersweet radiance are all in effect on Contempt – it's an album that illustrates real pain and bleakness while also totally rocking. Gilead Media owner Adam Bartlett says this: "As a label that releases a fair amount of black metal, doom, and other varieties of 'extreme music,' the concept of visceral and transgressive art is nothing new to Gilead Media. But Contempt may stand as one of the most vicious and unnerving releases in the label's history."

"Heavily steeped in the late-1980s/early-1990s work of pioneering noise abrasionists like Swans, the Jesus Lizard, and Today Is the Day, Couch Slut show a like-minded, almost compulsory drive to provoke... Couch Slut chew through the various underground movements that influenced them with an apparent relish, but the sound they arrive at is startlingly unique..."
–Pitchfork

"The provocatively named Brooklyn band looks to the miserable spew of Unsane, Today Is the Day and Oxbow to stir its own, but its second album, Contempt, is not without perverse beauty, dripping from the sludge."
–NPR Music

"Couch Slut's Contempt is one of the most punishing things that have come across my desk this year... They've somehow pushed themselves even deeper into the fetid, feral recesses of the psyche that power their gruesome Hellhammer grooves, AmRep squeals, and Megan Osztrosits' enraged vocal performance. Contempt is sweaty, violent, visceral..."
–Noisey

"For as uncomfortable and uncompromising as this material can be, it’s also clever in an engaging way. Squirming underneath the distortion are tons of earworm melodies and hooky textures... That’s Couch Slut’s thing, really: no matter how loud or cringey things get, you can’t stop listening."
–Stereogum

"Contempt is an abrasive record that recalls many different styles without devoting to one or two recognizable tropes... Like Oxbow and Pissed Jeans this year, they've made a noise rock record where calling it that sells it way short."
–Decibel

"An effortless mix of both visceral noise rock and haunting ambiance, a sound that is as angelic as it is satanic."
–AdHoc

"Brooklyn's Couch Slut are, in some ways, your classic hardcore band. From the sarcastic, illustrated album artwork to the lyrical fuck-yous, they could pass as today's answer to Black Flag. But there's way more to them than that. They've take in the filthy noise rock of hometown heroes Swans and Sonic Youth, and they've got a little black metal in them too. Vocalist Megan Osztrosits is an absolute monster, both lyrically and delivery-wise..."
–BrooklynVegan

"These New York natives play an incendiary mix of Black Flag, black metal, and the bleakest of noise rock. The album uses repetition an rawness in equal measure to ooze violence into each song."
–Invisible Oranges

"Contempt is like a beer bottle being broken over your head and then put to your throat."
–Metal Injection

"This is scary music for a scary world."
–New Noise