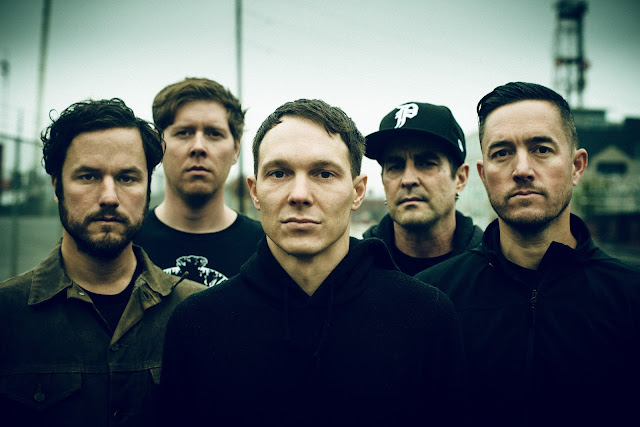 "A post-rock outfit combining elements of sludge and noise with more than a few jangly guitars... Less Art tackle in-your-face issues like suicide, animal extinction, and gun control in a way only savvy veterans can."
–Bandcamp Daily

With debut Strangled Light out on Gilead Media this Friday, July 28th, Less Art offers up a stream of the entire album today, exclusively via Bandcamp Daily, along with a new interview with bassist Ian Miller.

Less Art is the new band featuring brothers Riley and Ed Breckenridge of Thrice, Ian Miller and Jon Howell of Kowloon Walled City, and Mike Minnick of Curl Up and Die.  On Strangled Light, these five veterans put forth a muscular new version of post-hardcore that crackles with feeling. Comparisons to OGs like Fugazi, Unwound, and Drive Like Jehu have been flying around – Bandcamp Daily pegs the dark, emotive sound as "post-hardcore in various shades of sheet-metal gray."

Less Art will set out on a quick West Coast run in August, followed by East Coast dates with Vattnet in September.