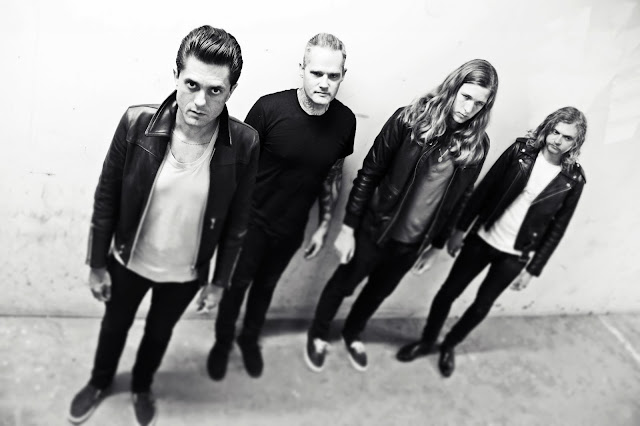 Crawling out from beneath Southern California once again, Retox recently toured from California to New York alongside bands Silent and He Whose Ox is Gored. Their return is much anticipated after laying low for some time, as members Justin Pearson and Michael Crain have been busy working with ex-Slayer drummer Dave Lombardo in their new band Dead Cross, in addition to Justin’s touring and May record release with Head Wound City (including members of The Yeah Yeah Yeahs, The Blood Brothers, and The Locust). With Retox, a grimy, abrasive punk ethos is the heart of the band’s sound-- a distinctive sci-fi surf rock meets scumbag stage presence they’ve mastered that has surely left a void in its absence.

Their most recent album, Beneath California, can be purchased digitally or on vinyl at Three One G’s website here as well as from Epitaph Records.

Here is a video of one of Retox’s most recent music videos, enlisting the murderous assistance of Greg Puciato from The Dillinger Escape Plan and The Black Queen.