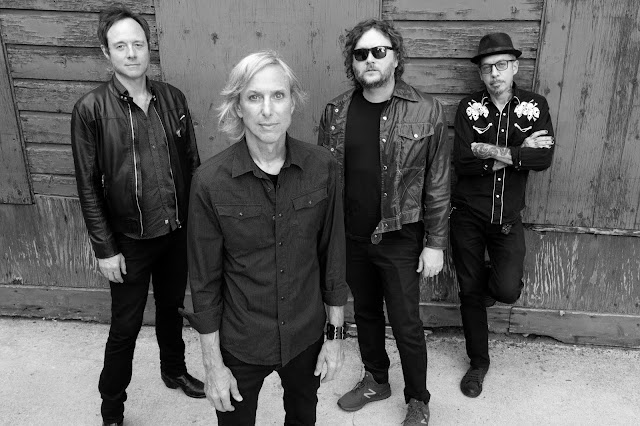 Together with Sonic Youth and Swans, Live Skull defined the term "noise rock" in the '80s. Its sound was influenced by British post-punk – Joy Division, Public Image Limited – but was located squarely in the depths of Downtown Manhattan. The band's '80s recordings buzz with the danger, depravity, and creative freedom that defined NYC in those years.

On songs with titles like "Mr. Evil," "The Corpse Also Rises," and "I'll Break You," Live Skull chiseled out its style and its worldview. Dual guitars chimed and slashed; basslines drove; drums pounded and hypnotized; male and female vocals intertwined to conjure serial-killer imagery to match the intensity of real life in '80s Gotham. The band put its stamp on the NYC scene, playing venues like CBGB and Danceteria, but also toured the country with the likes of Jane's Addiction.

Thirty years later, Live Skull is back, reformed by founder/frontman Mark C and drummer Rich Hutchins. The upcoming Saturday Night Massacre, out November 8th on Bronson Recordings, is the first new album since 1989.

Saturday Night Massacre is an astounding comeback. The tension and dread of Live Skull's '80s output is intact, balanced by something strangely seductive. Founder/frontman Mark C's unmistakable vocals are as urgent now as in 1989, but they have warmed with age – gentle and ominous, all at once.

"The reanimated crypt of Live Skull spawns a new brood of cheerful tunes sure to make your blood boil," he invites.

"Live Skull's music – a high-wire act played for keeps, without a net – is as challenging, as spiritually corrosive, and ultimately as transcendent as Albert Ayler's mid-60's free jazz or the implacable drone-dance of the early Velvet Underground. It's one of the essential
sounds of our time." –The New York Times