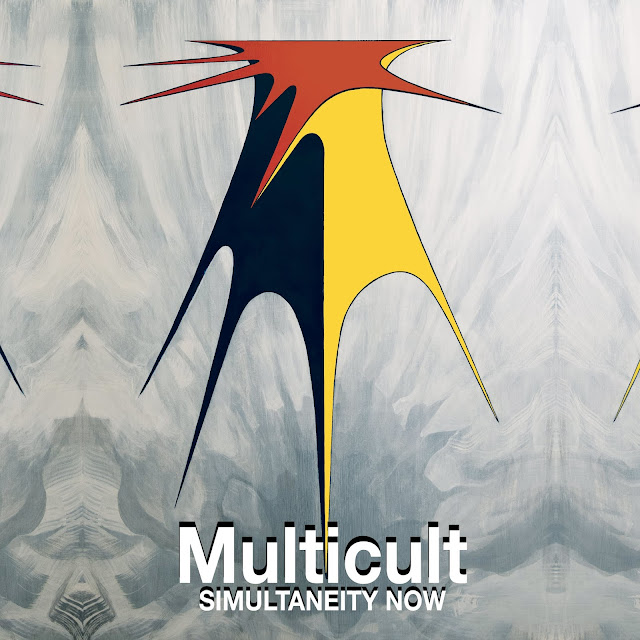 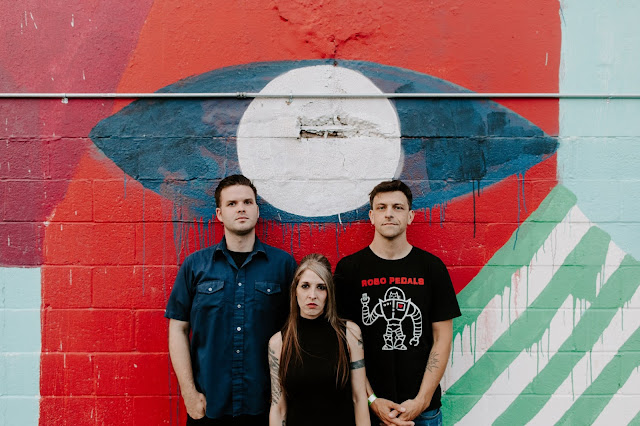 Simultaneity Now, the new album by Multicult, will be released August 2nd on Learning Curve Records.

Simultaneity Now is the band's fifth full-length album, and ninth release in all, in less than a decade.

From Baltimore, Maryland, Multicult is the trio of guitarist/vocalist Nick Skrobisz, bassist Rebecca Burchette, and drummer Jake Cregger. All three are prolific musicians who have made their mark elsewhere: Skrobisz leads The Wayward, where he melds King Crimson musicality with world-weary post-hardcore; Burchette laid down riffs for noise-rockers Fight Amp in their early days; Cregger is best known for his breakneck blastbeats in Triac and Backslider.

In Multicult, the three boil things down to skeletal bruise-rock of the Big Black school of punishment. The sound is minimal and relentless. Burchette's distorted bass and Cregger's machine-style drumming lock together into an absolutely unshakable force – with Skrobisz' guitar chugging and clanging on top, the spirit of Gang of Four, Albini's various bands, or the industrial-grade noise-rock of New Yorkers like Cop Shoot Cop is in full effect.


But Multicult cannot be pigeonholed so easily. Even in a band with as focused a sound as this, Skrobisz is a free-thinker whose expansive approach to music shines through – he lists experimental guitarists like Bill Orcutt (Harry Pussy) and Sir Richard Bishop (Sun City Girls) as recent inspirations and he explores retro-electronic music through his current solo project Overcalc (debut album, coming soon via Sleeping Giant Glossolalia). On Simultaneity Now, rays of Skrobisz' guitar-light burst through the cold, mechanical base, and his voice ramps up, from low utterances to soaring, soul-baring screams. Songs like "Grieflex," premiered today, are as full of melodic rapture as they are austere and mechanical. It is this mix of cold and warm, of inhuman and human, that makes Multicult one of the great bands of today.

Simultaneity Now was tracked and mixed mainly by Skrobisz at his home studio in Baltimore; drums were recorded by Kevin Bernsten at Developing Nations (Skeletonwitch, Outer Heaven).

Multicult will tour the US this summer, including dates with Learning Curve labelmates Super Thief and Tongue Party.