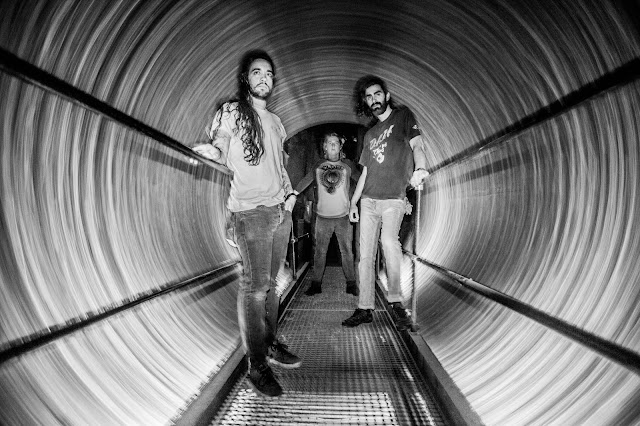 "Like a psychedelic sunrise, King Buffalo stretches their music in every direction. Let it wash over you!"
–Kyle Shutt, The Sword

"[King Buffalo] summon elements of the psychedelic and the progressive and the intersection of the two as heard in the music of Pink Floyd."
–PopMatters

With sophomore album Longing to Be the Mountain set for an October 12th release, King Buffalo embark on a North American tour this week, kicking off August 15th in Chicago. The tour covers much of the western US and Canada, includes a slot on Psycho Las Vegas. More North American touring will follow later in the year.

King Buffalo's upcoming new album, Longing to Be the Mountain, is a feast of haunting vocals, hypnotic grooves, mounting tension and explosive finalés. The Rochester, New York trio has earned more than a few comparisons to Pink Floyd.

Past tourmates include The Sword and All Them Witches (whose guitarist Ben McLeod produced Longing to Be the Mountain.)

Photo by Mike Turzanski
at 1:44 PM