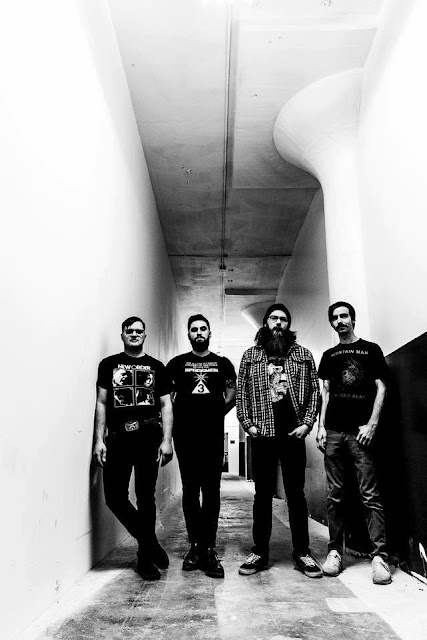 "Calling all fans of Thursday, Touché Amoré, Bear vs Shark, and Being As An Ocean... a band who impressively shares similarities with all four aforementioned acts creating a sonic whirlwind you have to hear to believe." - The Noise

Forming in late 2014 after a mutual bonding and appreciation of bands like Bear Vs. Shark, At the Drive-In, and Young Widows, the Rochester, NY quartet began to mold their sound with the release of Target Weight, and most recently in March of 2016 with The Way That We Ache. Taking a strong influence from the likes of Hot Cross and Touché Amore, the band continued to head deeper into the realm of modern post-hardcore and the screamo tendencies these bands touched upon. Honey from the Rock is the band’s most ideal representation of the sound they have strived to create. Stand out tracks such as "Last Days of the Syracuse, NY Astral Projection Cult" and "Yom Kippur" showcase somber tones of both the guitar and bass matching the melancholy vocally expressed through out the album, allowing you truly feel the bleakness of a Rochester winter, and the struggles of daily life.

The effort was engineered and mixed by Jon Markson (Drug Church, Such Gold) @ The Gallery in Brooklyn NY, and mastered by Mike Kalajian (Circa Survive, Saosin) @ Rogue Planet Mastering.

The band will hit the road later this spring along side California Cousins, and will follow that up with a record release tour in August. Dates below,

Honey From The Rock
1. Grace Period
2. Last Days of the Syracuse,NY Astral Projection Cult (ft. Rory Van Grol)
3. The Alphabet
4. Echinacea
5. Annalisa
6. Red In Your Beard
7. Together This Time
8. Bamboo
9. Quiet and Slowly, Blue Of My Heart
10. Yom Kippur
11. Through To The End (ft. Patrick Kindlon)