THE PROTOMEN on tour now 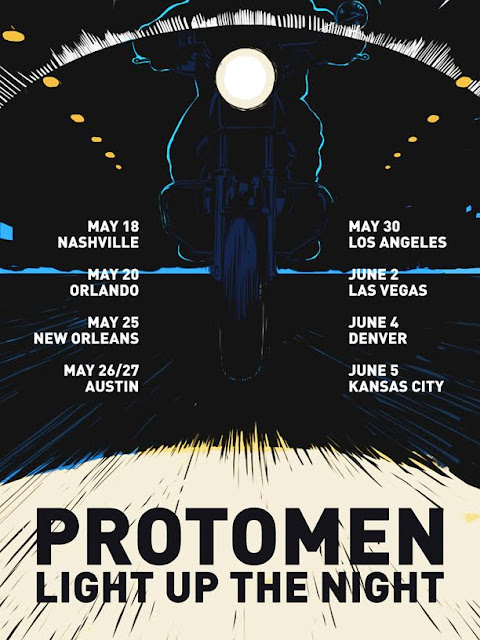 The Protomen's Light Up the Night tour is now underway. The eight-piece Nashville band cruises into Memorial Day weekend with a show tonight in Austin, Texas, followed by a screening tomorrow of their new short film, Light Up the Night, starring James Ransone (HBO's The Wire, Oldboy). See the full list of remaining shows and film screenings below.

Ahead of this tour, The Protomen shared some touring tips and favorite road stories with Clrvynt. See here:
http://clrvynt.com/the-protomen-tour-is-hell/

Watch the Light Up the Night film, here:
http://protomen.com

Press from the first few shows on the Light Up the Night Tour is rolling in now:


"Epic-by-design Middle Tennessee rock ensemble The Protomen is nothing if not ambitious. Over the past decade-plus, the Mega Man-inspired, face-painted rock ’n’ rollers have released long-player editions of an ongoing rock opera and a killer all-Queen-covers live album, all while bringing their synth-fueled power metal to a devoted fan base on tour after tour. Just months ago, the band made yet another contribution to their impressive catalog — a phantasmagorical short film by the name of Light Up the Night..."
–Nashville Scene

"Their sound is ’80s pop metal combined with synth-heavy atmospherics, reminiscent of film scores by “Terminator” composer Brian Fiedel... Set in a dystopian future where an evil corporate overlord rules the world through robots, the 16-minute [Light Up the Night] movie was shot in Brooklyn..."
–Orlando Sentinel

The Protomen: Light Up the Night Tour:

Since forming over a decade ago in Nashville, The Protomen have been a favorite at festivals like Bonnaroo, SXSW, Warped Tour, Bamboozle, CMJ, and Comic Con. The octet delivers epic songs possessing all the driving fury of the most bombastic hard rock hits of the '80s, and all the theatricality of the most over-the-top '70s prog. Queen, Bowie, Genesis, Styx, Springsteen, Journey, and Scorpions are some reference points for the uninitiated.

Photo of The Protomen by Jason Myers & Caspar Newbolt 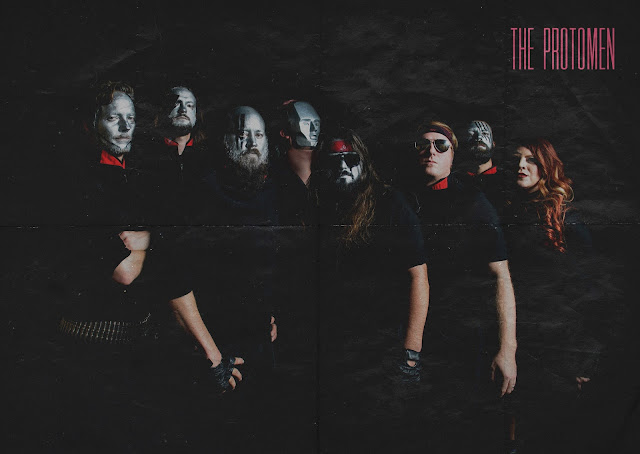