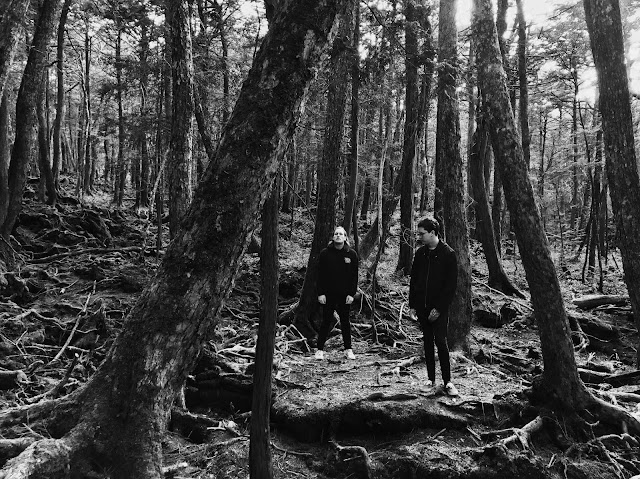 "The band’s upcoming new EP, 'Cut and Preserved' – a precursor to a full-length the band has planned for next year on 6131 Records – adds a heavy industrial influence to the mix, as if Coalesce and Author & Punisher fell into a vat of mutating slime, and were disposed of in the sewers of Manhattan to rot for a decade or more."


Stream the track and pre-order the EP, here:https://smarturl.it/coarse
Coarse is the bicoastal duo of Brandon Gallagher and Ryan Knowles. The band stormed out of the gate in 2018 with its debut EP, I, laying down a chaotic hardcore sound which Revolver described as "rough and tumble, violent and furious, owing a debt to noisy, acrobatic hardcore heroes such as Botch while breaking into furious Crossed Out–style blasting hatred.”

Comprising one new track and three remixes, the Cut and Preserved EP is a stunning detour into the electronic realm that was only lurking in the shadows on Coarse's debut. Ominous, hypnotic industrial-metal of the Godflesh variety brushes up against noise and hip-hop elements, as musical fragments from the debut get totally reanimated in this new context. In addition to Street Sects' Leo Ashline, the EP features guest work from members of The Armed, Precious Death, and Hash Gordon.

Drummer/vocalist Brandon Gallagher says:"When Ryan and I started Coarse we pretty much made it clear that we weren't going to get too caught up in any specific niche, and I think collaborating with Street Sects on a heavier industrial/electronic track really exemplifies that. Everything they do with that project is really cool and is always changing and evolving, which is extremely inspiring."He says the "Untitled (Only Death Remix)" music video is "best viewed with eye clamps, A Clockwork Orange–style." https://coarseisaband.bandcamp.com/https://instagram.com/coarseisaband/https://facebook.com/coarseisaband/
at 8:02 AM