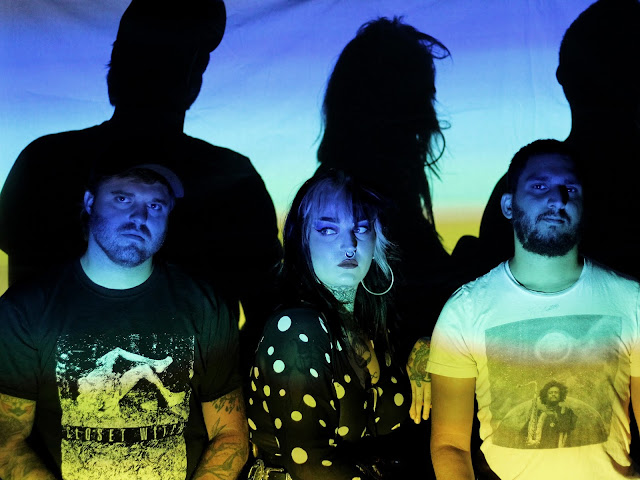 Pre-order, pre-add, and pre-save the album, here:https://orcd.co/cloudratpollinator"Seven Heads" rips through speakers with a mix of death metal and grindcore, while haunting synths swell deep underneath. Cloud Rat guitarist Rorik Brooks describes the song as "somewhere between Coffins, Morbid Angel, Discordance Axis, and Deftones," also acknowledging sci-fi masters Ray Bradbury and David Cronenberg as lyrical inspirations. Like many of Pollinator's songs, "Seven Heads" addresses the potential lethality of the internet. Brooks says, "[Vocalist] Madison Marshall was thinking of the Cronenberg film, The Brood, and took that kind of surreal body-horror vibe and married it to modern delusional terror, i.e. social media, where every day our brains are pollinated constantly by different emotions, ideologies and identity delusions."

Over the past ten years, Cloud Rat has established itself as one of the most compelling bands in the underground – releasing four full-length albums, eleven EPs and splits, a live album, and various other comps, the prolific Michigan trio has made a name for itself via sheer emotion and musical freedom. Emerging from the space where hardcore punk spirals into grindcore, Cloud Rat incorporates musical influences from across the map – black metal, death metal, noise, folk, and beyond – all while retaining its realness and urgency.Brooks states, "Pollinator is our most complete and accomplished work yet. It is the quintessence of everything we've tried to say and do before, and it's kind of fitting that we are coming up on a decade of being a band together."Upcoming shows include a week of US dates with labelmates Kælan Mikla and more.Cloud Rat photo by Jason Tipton
at 12:03 PM