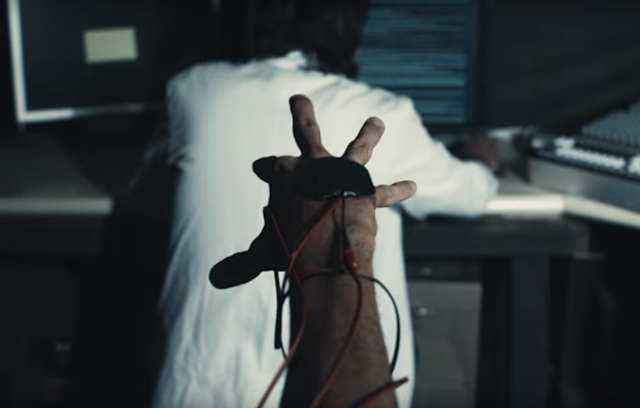 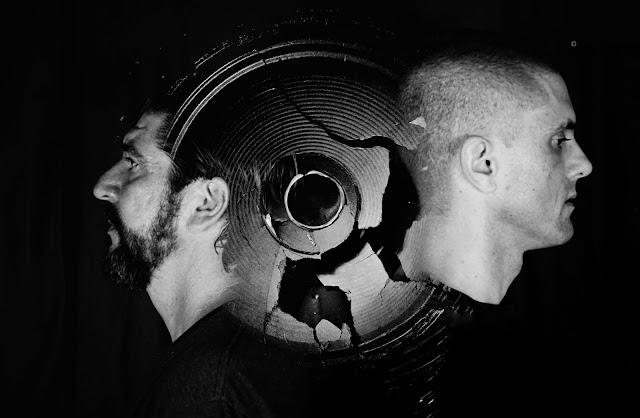 Alternative Press has premiered the music video for Planet B's "Mirror, Mirror, on the World." Directed by Dark Details, the clip is a cinematic slice of sci-fi/horror fun, starring Planet B members Justin Pearson and Luke Henshaw.

Watch the video, and read an in-depth new interview with Planet B, here:
https://www.altpress.com/features/planet-b-mirror-mirror-on-the-world-video/

In Planet B, Pearson (known to many as a member of such bands as The Locust, Retox, and Dead Cross, and as the founder of Three One G Records) belts out electrifying vocals over producer Henshaw's sonic feast of hip-hop, industrial, and film score influences. The sound transcends genres: dark, heavy, urgent, and anthemic, it is equally relevant in the contexts of hardcore punk and hip-hop.


"Planet B, the collaboration of forward-thinking hardcore lifer Justin Pearson and sonic hip-hop alchemist Luke Henshaw... Henshaw’s beat science and ear for sound are a perfect match to accompany Pearson’s incessant need to bulldoze the accepted boundaries of whatever genre he chooses to work in."
–Alternative Press

"Not many groups could fit abstract rap vet Kool Keith, industrial vet Martin Atkins (Ministry, Killing Joke, Public Image Limited, Pigface, Nine Inch Nails, etc), and Yeah Yeah Yeahs guitarist Nick Zinner on the same album (besides maybe Planet B’s Ipecac labelmates Dalek), but Planet B do it and they make it sound incredibly natural. The album is sort of like a more psychedelic, more punk version of rap rock, and it sounds a hell of a lot better than most music that gets called that..."
–BrooklynVegan

"Justin Pearson has made his name with spazzy, noisy weirdo-rock outfits like The Locust, Retox and Dead Cross, but his project Planet B – a collaboration with hip-hop producer Luke Henshaw – might be his most left-field yet. The duo smashes together strains of hardcore, hip-hop, industrial and old-school horror movie scores... It's head-spinning and head-splitting in the best way possible." –Revolver

"No less punishing than anything the Locust ever put out, only this time it's the sound of a hardcore-infused drug rave... Planet B better get used to being compared to Death Grips, as well as fellow freaks Ho99o9... Luke Henshaw deserves special credit for making Planet B work. Few hip-hop producers could have harnessed [frontman Justin] Pearson's bizarre tendencies, but he's managed it and did so without losing sight of the chaos."
–Exclaim!

Video still, courtesy of Dark Details
Photo of Planet B, by Becky DiGiglio
at 8:47 AM

Email ThisBlogThis!Share to TwitterShare to FacebookShare to Pinterest
Labels: CR, PLANET B