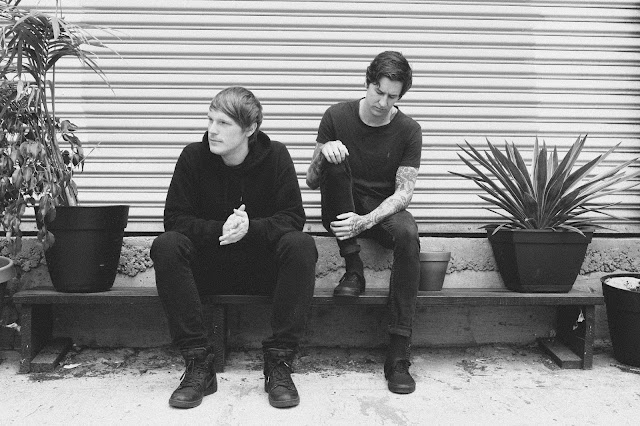 "Consisting of ex-Old Wounds and ex-Capsize members, the bi-coastal duo gets out right disgusting and gritty with their full on assault of the senses, in the best possible way! If you're into chaotic, mathy, gut-wrenching hardcore that has the stamina of a T-1000, Coarse is your band, and 'In Peril' your anthem."
–Metal Injection

Taking influence from the likes of Some Girls and The Dillinger Escape Plan, the two longtime friends set out to rediscover the spontaneity and surprise those bands brought, while also paying homage to the first wave of heavy metalcore as exemplified by Turmoil or Buried Alive.

A juxtaposition of sass and grit, Coarse's sound is built on Knowles and Gallagher's dual vocals (a call-and-response of high-pitched taunts and booming lows), caustic guitars and blown-out drums. Through ripping songs like "Shed," "Hoax," and "In Peril," the intensity is palpable. The noisy “Separation Is Survival” gives an introduction to the complementary alter-ego of Coarse where the band will continue to explore its more experimental side.

Setting out to create a aesthetic matching the music, Gallagher took elements from his surroundings in New York City, and channeled his experience working in the fashion industry on photoshoots for the likes of Vogue and Adidas. Being inspired by everything other than the typical visuals in hardcore, Gallagher spawned graphics, content, and collages that connect to the record, including a zine titled Fur.

The band will hit the road later this year, with plans to put out an LP in 2019.