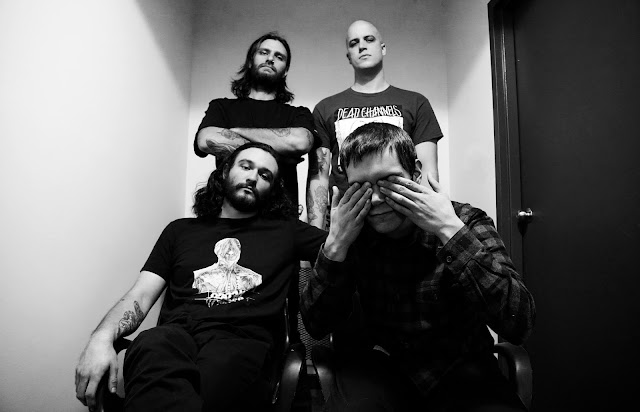 "Feral rage! From beginning to the end, this band is on a mission to fuck up the world with an all-out attack on the listener's ear drums."
–Cvlt Nation

"Hellkeeper are explosive. Their blackened hardcore sound has earned them comparisons to Rotten Sound, Deathspell Omega, and even Converge. Flashes of each band can be heard but Hellkeeper is still able to set themselves apart."
–Decibel

"A thunderous mixture of blast beats, distorted vocals, and pulverizing breakdowns. Ghastly and savage, Hellkeeper hit all the right notes in the song of our dark, dark souls."
–Nerdist

Out April 7th, A World Within Flesh was recorded, mixed, and mastered by Chris Bittner at Applehead Studios (Coheed and Cambria, Bad Brains, Team Sleep).

"The album is about wanting to live in a dream world because reality is too painful," says frontman Paul Butler. His lyrics use literary references to paint their pictures of depression: "I utilized ideas from Hamlet and Don Delillo's White Noise, among other books."